Friday I met with the journalist …

“I believe in vaccination. I trust doctors.”

He was upfront from the beginning of the interview that he was reporting with a pre-existing bias. When I asked him what vaccines his children were injected with, he ummed and ahed , mentioned measles, mumps, rubella and whooping cough, saying they may have had some travel vaccines like yellow fever and cholera, but mostly, he couldn’t remember and had no idea. He had NEVER read a vaccine insert, but he “believed” in vaccines.

Over the course of 2.5 hours he repeated he “believed” in vaccination over and over again. He had “faith and trust” in the doctors, the system and vaccines without knowing IF doctors even study vaccines or for how long. He didn’t know the schedule, or that pregnant women were now vaccinated; he had no idea which vaccines he or his children had been injected with, the ingredients, how they were manufactured or that the schedule had trebled in 40 years. He was aware that some will be injured, disabled or die from vaccines, but he still “believes” and was willing to defend and promote injecting diseases and toxins due to his vaccine religion, regardless of the outcome.

He was a strong vaccine worshipper without even knowing the basics, and at the end of the interview, he was still justifying and defending vaccination, acknowledging his article will be biased. What saddens me is people will read his article with the cherry picked comments and information, reflecting his pre-existing bias and vaccine religious views, and believe him. His peers will pat him on the back and he will be rewarded and paid for sharing his “beliefs”.

As I shook his hand and thanked his for his time, I looked him in the eye and said, “I trust that you will represent me with honesty and truth?” I added that, by writing this pro vaccine article, he is endorsing unsafe, untried drugs and pushing an agenda to mass drug everyone from womb to tomb heading towards the slippery slope of mandatory vaccination and the erosion of bodily autonomy and freedom of choice. 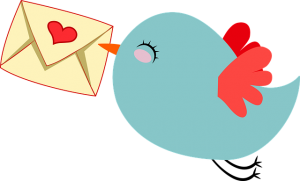